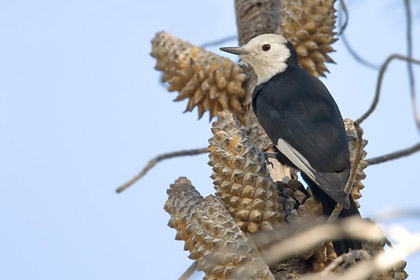 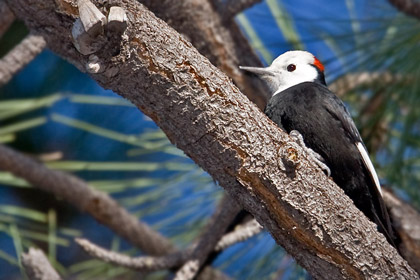 No signs of Mountain Quail, so we headed over to the Chilao Visitor Center. Snuck up on a flock of Band-tailed Pigeons. Lots of Oak Titmouse, Mountain Chickadee’s and Dark-eyed Juncos working through the oaks. Still no signs of Mountain Quail but on the way out we encountered yet another White-headed Woodpecker. Probably the most I’ve seen in one day! 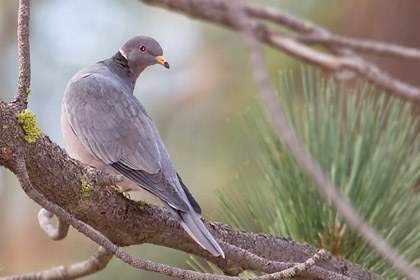 We decided to drive up the dirt road to the observatory across the highway from the Chilao campground. About 3/4 of a mile down the road I saw a single Mountain Quail run across the road and up the hill. We stopped and waited 20 minutes hoping the rest of the covey would slowly meander out. No such luck, so we continued onward. Since the gate up to the observatory was locked we decided to park and hike it by foot. On the way up, we had a pair of Wrentit’s and some Spotted Towhee’s.

By now the wind was starting to pick up pretty good and the clouds were rolling in so we decided to throw in the towel and head back to my place. Later in the afternoon we checked out Ballona to try for a late Wandering Tattler. We finally found one at the end of the middle jetty along with many Surfbirds, a Black Turnstone and a Ruddy Turnstone. 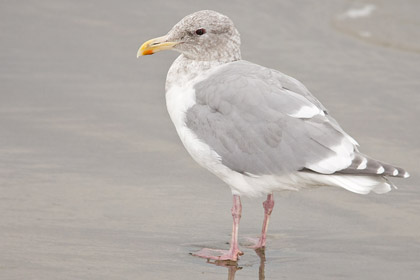 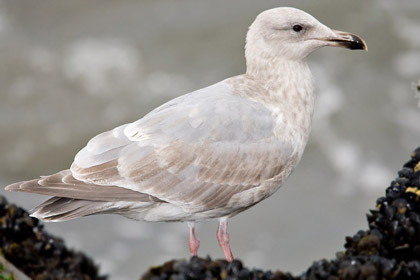