After photographing the Lesser Prairie Chickens saturday morning, I decided to drive south another 120 miles to photograph the Cave Swallows at the world-famous Carlsbad Caverns. I left Caprock a little after 8AM – my flight wasn’t until 9:30 PM that night so I knew I had plenty of time to hussle back to Albuquerque to catch my flight home.

I arrived at Carlsbad Caverns not really knowing what to expect. Could I photograph the Cave Swallows without having to purchase tickets to enter the caverns? As I walked toward the entrance, I saw lots of signs warning me to purchase a ticket so that I wouldn’t have to walk all the way back! I decided to chance it…. After 1/4 mile walk I came upon a tent canopy where it said “Present your ticket to the ranger before going on.” The ranger happened to be an eldery chap, most likely a volunteer. I started talking with him about the Cave Swallows and said that’s all I was there for. As we were talking, a huge flock of 100+ Cave Swallows flew overhead. I snapped a few pictures and he said, “You know, you’re supposed to have a ticket to go past this point – but just go on ahead to photograph the Swallows!” 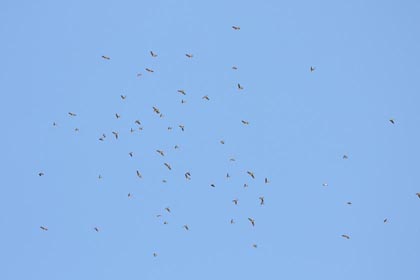 I thanked him several times and moved on… About 30 yards later I came over the rise and saw the incredible size of the Cavern entrance. 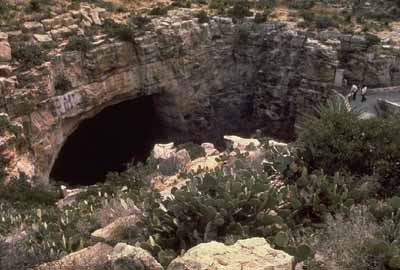 I hadn’t been here since I was 7 or 8 years old so it was just a distant memory. Pretty incredible though. I spent about 45 minutes photographing the Swallows as I heard passer-by’s exclaiming to each other about the “bats” that were flying over-head – which obviously weren’t bats, but the Cave Swallows! 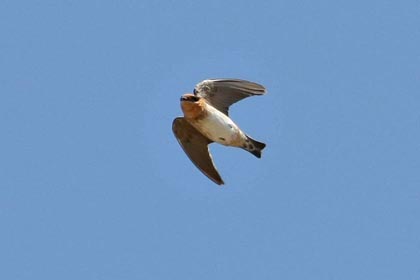 Posted by ctaylor on April 7, 2008 in Photography Adventures