I had planned this trip to Roswell, NM a few months ago… But just a couple weeks before I was to fly to Albuquerque, NM, I found out I would have to head to New York that Thursday and Friday on business. I would have loved to spend the weekend in New York but alas my Prairie Chicken trek would take precedence!

Needless to say, I had a hectic weekend ahead of me. I left LAX to JFK Thursday morning around 9:30 AM. Got into Manhattan around 7’ish PM met up with some friends and had dinner. Friday, had meetings pretty much all morning. Had lunch again, with aforementioned friends, then headed back to JFK for a flight out @ 4 PM. Landed at LAX Fri night around 8:30 PM. Decided to hit the gym, got a good night’s sleep. Saturday morning I headed to the airport for a flight out to Albuquerque @ 9AM!!

Got into Albuquerque, NM around 1 PM, picked up my AWD SUV and hit the road for a 4 hour drive to Caprock, NM (45 miles east of Roswell). 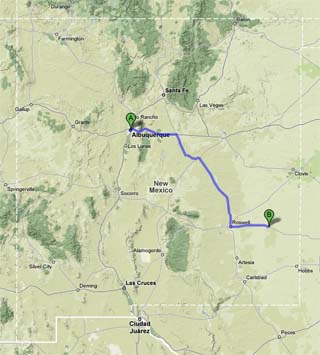 I arrived to the Rest Area near Caprock around 5PM. I immediately located the gate across the highway which appeared to be chained and locked. Upon closer investigation, I realized it was just a deterrent and was able to open and enter without a problem.

Based on the maps I received from the BLM, I quickly scanned Lek’s #22 and #45 but found 0 LPC’s. Since I had a 4xSUV, I decided to try the less accessible Lek’s (#2 and #24). It appeared the road to #24 was “no longer a road” as a dirt mound had been built up to block entry. #2 almost turned out to be a disaster – I drove approx. 1/4 miles down it in VERY soft sand and as I came up and over a rise, I nearly dropped 10 feet down upon an exposed pipe. I slammed on the brakes before tumbling down the hill and was able to back all the way out without a problem. 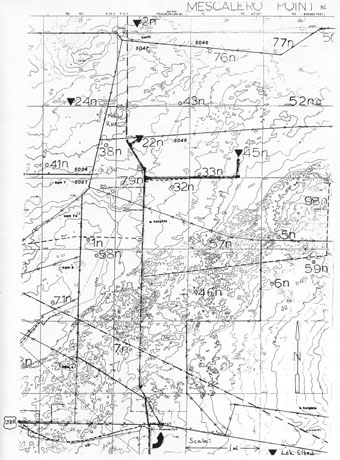 At this point I was getting a bit discouraged so I decided to just head back to Leks #22 and #45 and wait. On the way back I flushed 4 or 5 LPC’s that flew off into the distance. I got back to Lek #45 around 5:30pm, waited another hour in 15-20mph winds. FINALLY, I heard an LPC calling. Several minutes later a second LPC flew in and I was able to get a few pictures before the sun completely set. 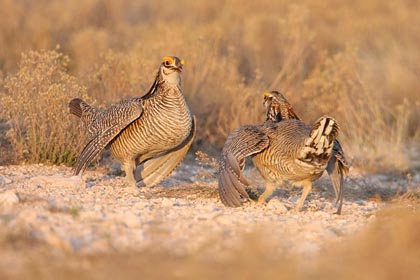 Since I planned on sleeping in the car to try for some early morning photos, I headed back to Lek #22 since that seemed to be where I could position best to have the sun behind me. I was delighted to see around 10-15 LPC’s there (in near darkness).

Surprisingly, I had full cell strength (AT&T/Cingular) so I called my wife to let her know I was fine and then tried to get some sleep! Temps only dipped to the mid-40’s that night, but it was still quite cold in the car.

I woke up around 5AM to LPC’s calling in complete darkness. By the time the sun was up, I was surrounded by at least 40-50 LPC’s all dancing around my car. I photographed them until around 8:00 AM when the show finished as they all took off to feed. 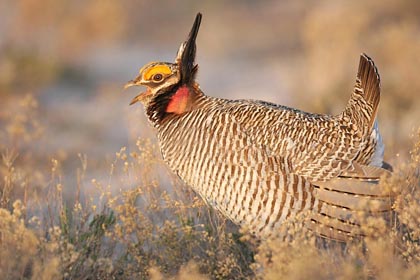 An extra thanks goes out to Dan Baggao at the New Mexico BLM for providing such detailed maps and additional information!

All in all, a very successful and satisfying trip! To see the rest of my pictures, click here.

Posted by ctaylor on April 7, 2008 in Photography Adventures

One response to “Lesser Prairie Chickens”