This morning @ 9:15 AM Kenn Kaufman found a 2Y male Kirtland’s Warbler along the beach at Crane Creek. I was notified immediately by his Twitter posting which I have texting my cell phone! I rushed out from East Cleveland as soon as I was able to and arrived just before dusk. The large group of people still observing the KIWA got me on the bird immediately and I was able to capture some stunning images before the sun set in the distance.

Here’s an excerpt from Kenn’s blog:

“At about 9:15 a.m. I was lucky enough to find a male Kirtland’s Warbler. I was luckier still that it stayed around: I sent out the word via Twitter and cell phone, hundreds of people arrived during the next four hours while I was there, and it was still being seen after 4:30 pm. The location was along the east (wildlife) beach about 300 yards east of the parking lot. The bird was feeding low for the entire time, sometimes hopping on the ground, sometimes foraging among low branches of sumacs or willows, or even among brush piles. Often it was amazingly easy to see, and several times it flew toward crowds of people and foraged unconcernedly within a few yards of its admirers. I’m sure it was seen by over a thousand birders, and undoubtedly tens of thousands of photos were taken; this is probably the most-photographed Kirtland’s Warbler in history!” 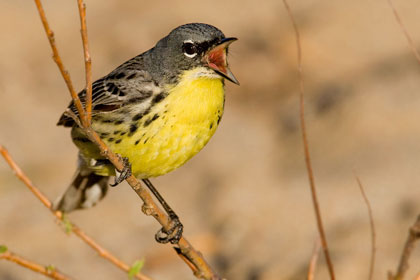 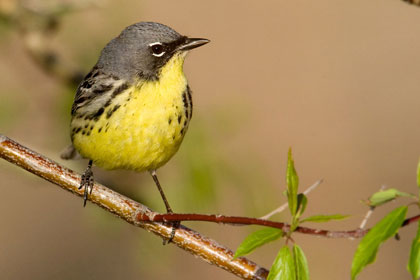 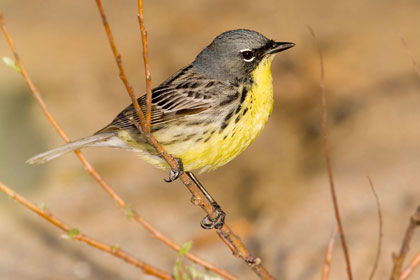 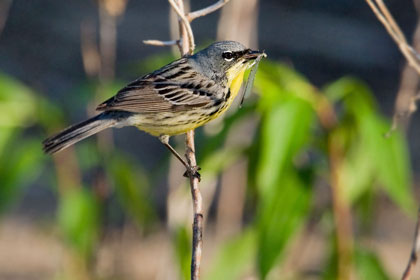 Posted by ctaylor on May 14, 2010 in Photography Adventures 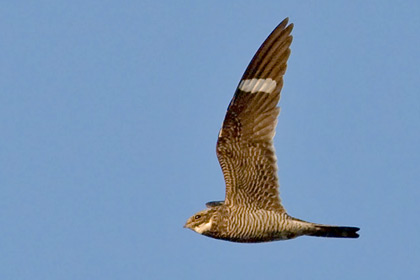 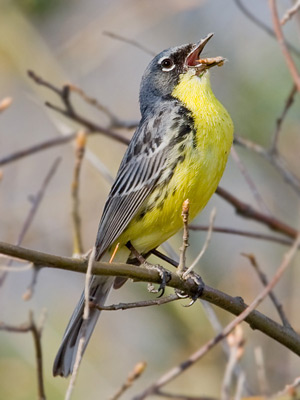 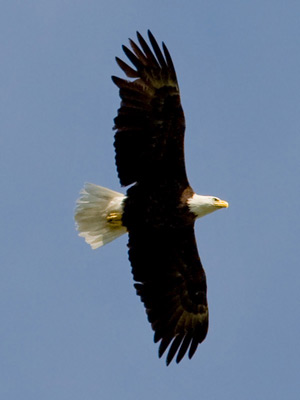 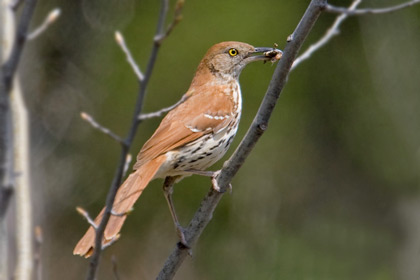 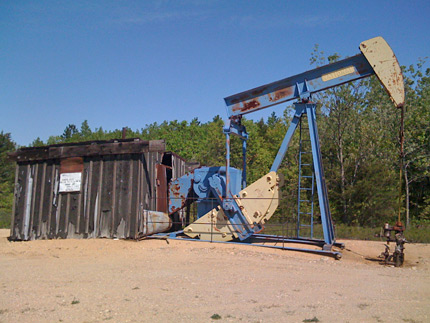 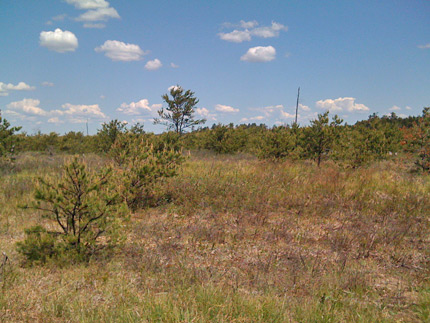 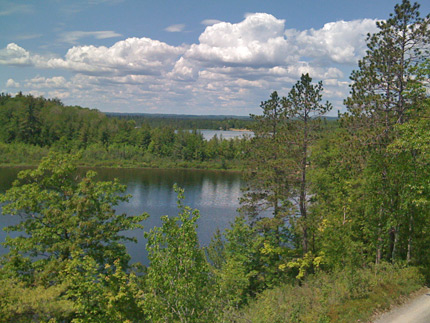 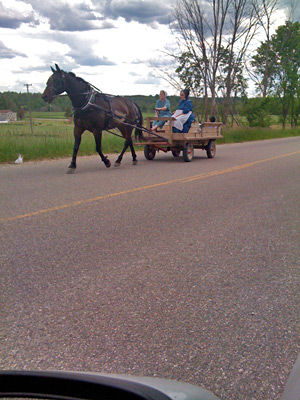 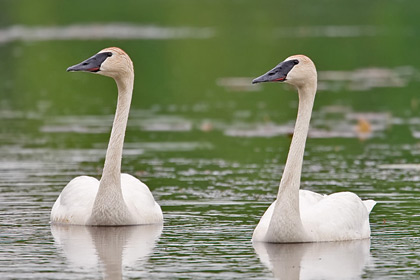 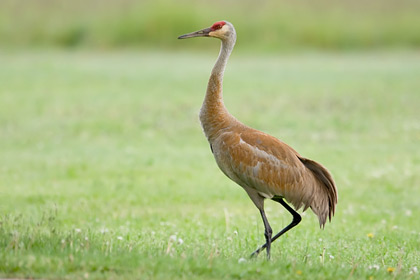 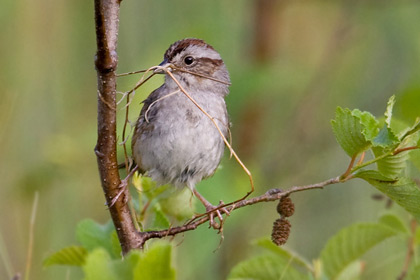 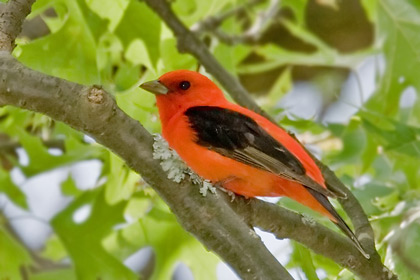 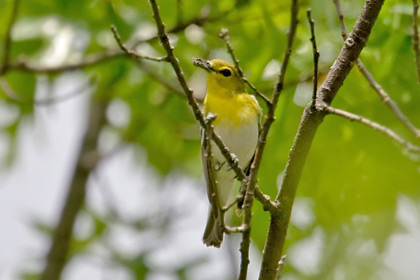 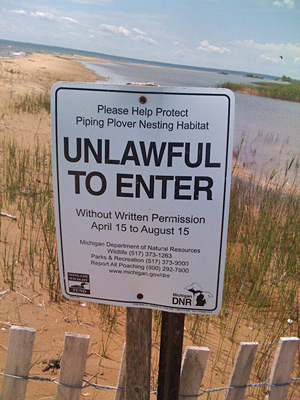 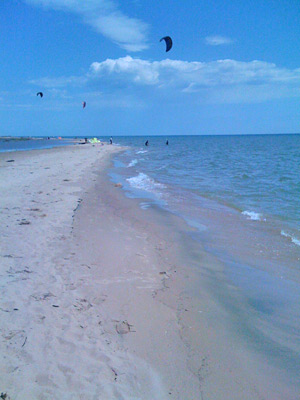 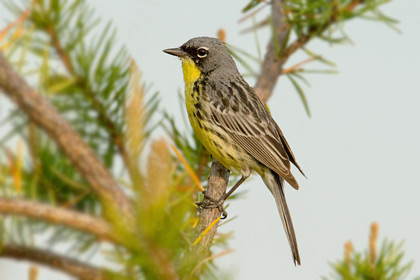 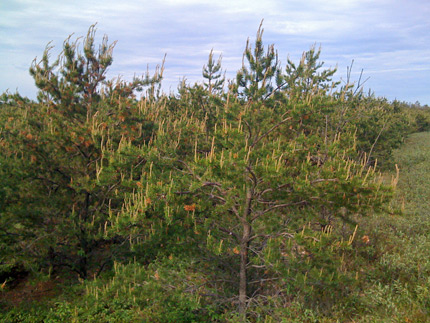 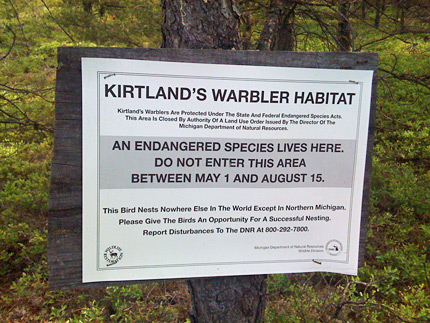 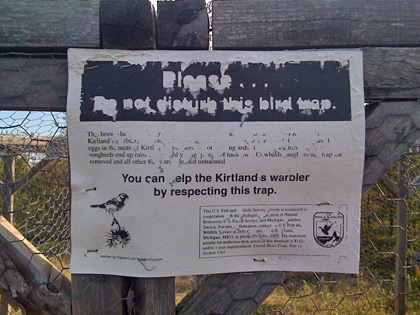 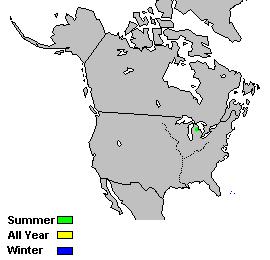 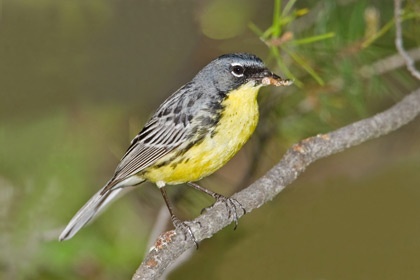 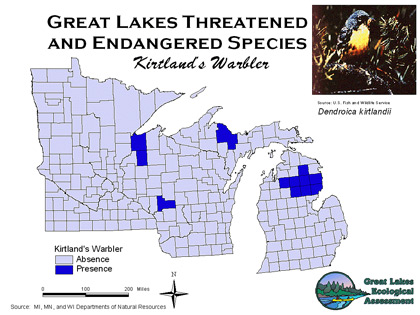 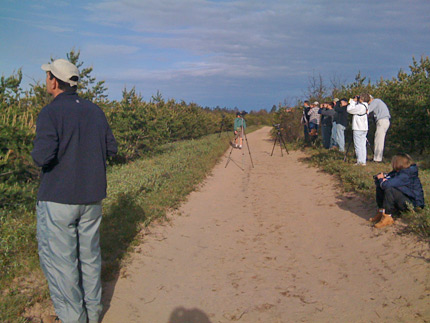