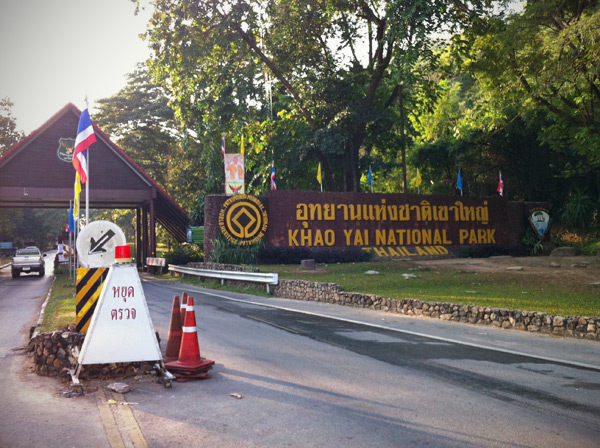 Khao Yai National Park is the second largest in Thailand. It covers an area of 2,168 square kilometers, including evergreen forests and grasslands. Its altitude mostly ranges from 400 to 1000 m above sea level. There are 3,000 species of plants, 320 species of birds including Great Hornbill, Coral-billed Ground-cuckoo and 67 species of mammals, including Asiatic Black Bears, Asian Elephants, Gaur, Tigers, Gibbons, Indian Sambar Deer, Crab-eating Macaque, Indian Muntjac, Dholes and wild pigs. 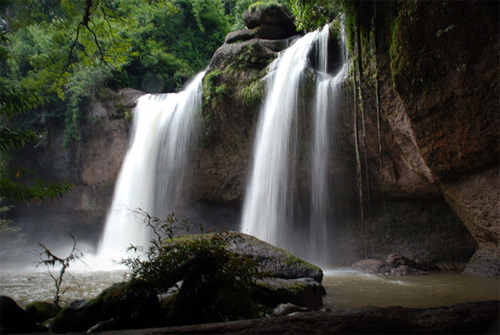 The park is also well known for it’s many scenic waterfalls.

It is around a 3 hour drive from Bangkok so most opt to camp at one of the campgrounds in the park or stay at one of the lodges just outside of the park. Since we had a limited amount of time and were already committed to multiple nights in Bangkok we decided to drive up early that morning and just spend the day there. The sky was a bit overcast most of the day but temperatures were very pleasant in the mid-70’s with very little humidity.

We started off at the north entrance which is just south of Pak Chong, Saraburi. At the first available spot to pull over we were immediately greeted with the songs of Red-whiskered Bulbuls, Black-crested Bulbuls, Stripe-throated Bulbuls and Streak-eared Bulbuls. 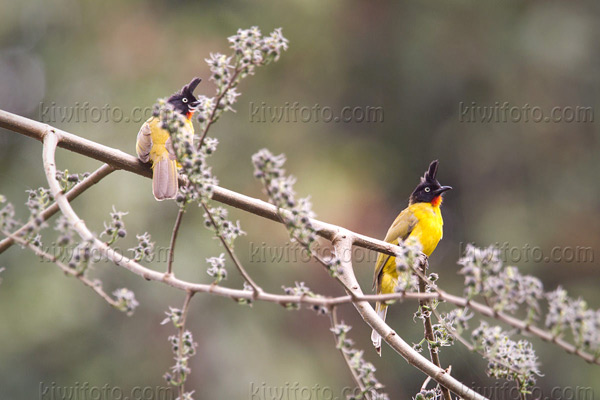 At the next stop we hiked a couple miles to an observation platform. Lots of Asian Palm Swifts were circling around with Barking Deer that could see grazing in the distance. Many Red-whiskered Bulbuls and a single Siberian/Common Stonechat along the trail as well. 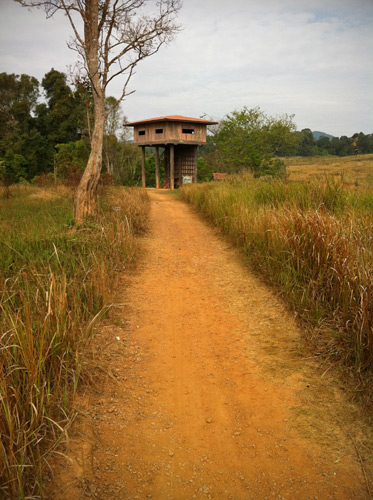 The observation deck didn’t yield very much in the way of birds but it offered nice views of the lake and rain forest beyond. We just sat in quiet contemplation while listening to the screaming roars of the Gibbons in the forest. Click here to listen to the crazy howling of the Gibbons call that I recorded. 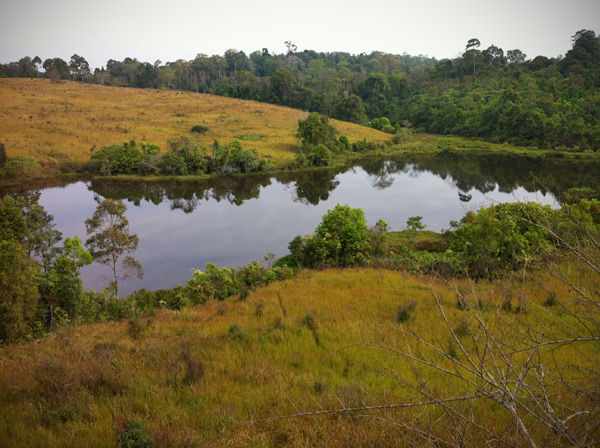 View from the Observation Platform 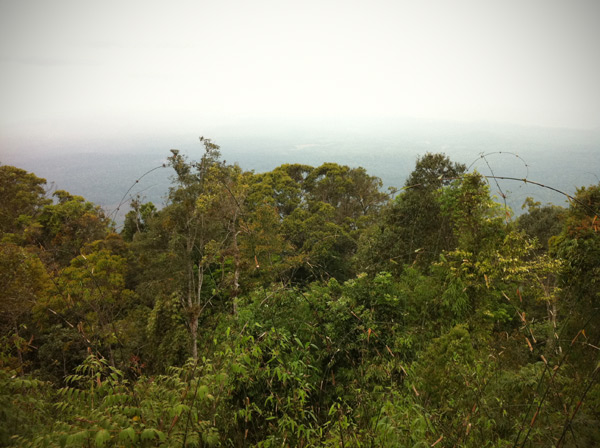 The clouds parted a bit in the middle of the day allowing the sun to shine very briefly before becoming overcast again for the remainder of the day. 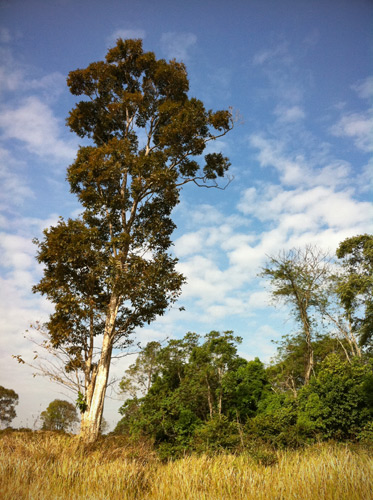 Some sun shone through the clouds during mid-day

Once back to the car we continued driving south through Khao Yai. Not much later we were able to get breathtaking views of a mated pair of Giant Hornbills preening in the trees. They sat there for quite a while seemingly uninterrupted by our presence. When they finally took off they flew right over us giving us astonishing aerial views of how magnificent they are. With an almost 6′ wingspan and 5’5″ in length, you could hear their very loud wingbeats and even feel the wind as they flew by. 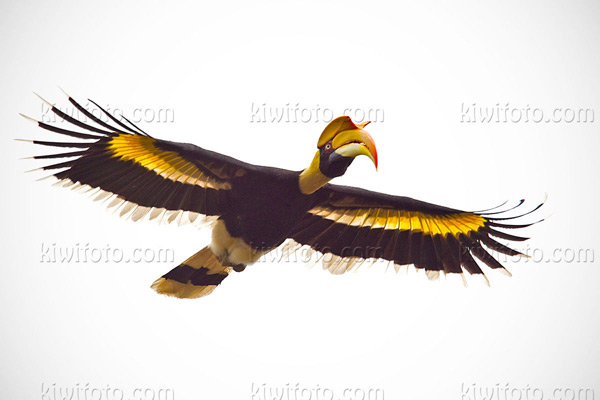 We stopped for lunch at Pa Giuay Mai campground and were treated to the wild antics of Crab-eating Macaques. It offered pleasant entertainment while we had a very delicious Thai lunch cooked by a small local restaurant. 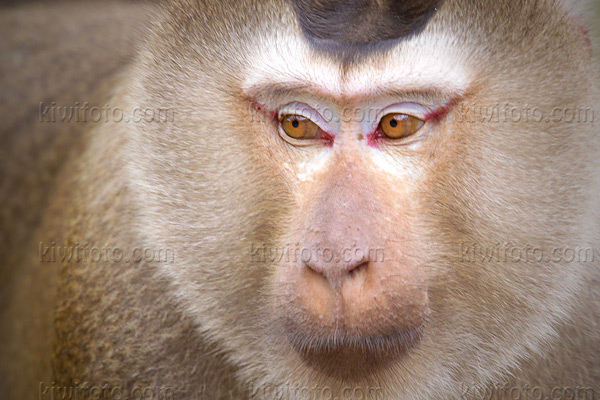 We were fortunate to run into a Thai birding group that allowed me the use of their photo blind while they were finishing lunch! I was hoping to get photos of the very secretive Coral-billed Ground-cuckoo but unfortunately it never came around while I was in the blind. I did get many other great forest birds that I would not have otherwise had the fortune of obtaining without the generous offer of the photo blind. 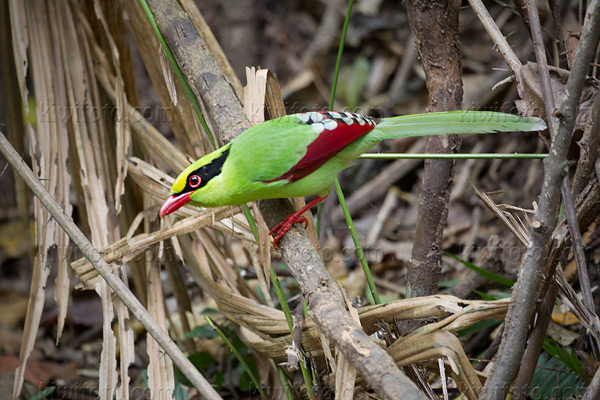 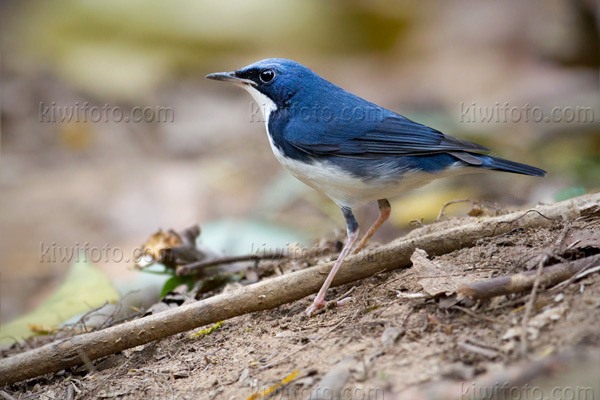 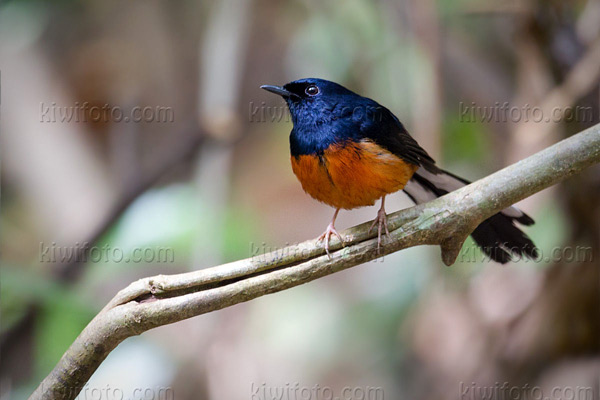 After leaving the campground we continued further down the road to head up to the summit of Khao Khieo Viewpoint, which houses a critical radar station which is part of the Thailand National Air defense. It was a bit unnerving to be photographing and looking at birds while military were patrolling the area with M-16 rifles! On the drive up the mountain I slammed on the brakes as we came around a curve upon a 4-5′ Reticulated Python just warming itself up along the road. I pulled over and it wasn’t long before a small caravan of cars pulled over behind me to photograph and enjoy the magnificence of the Python. 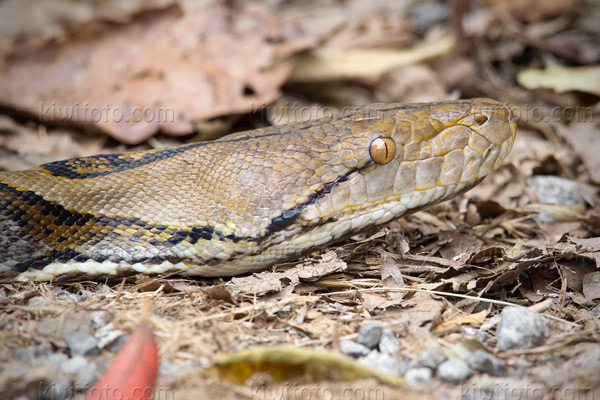 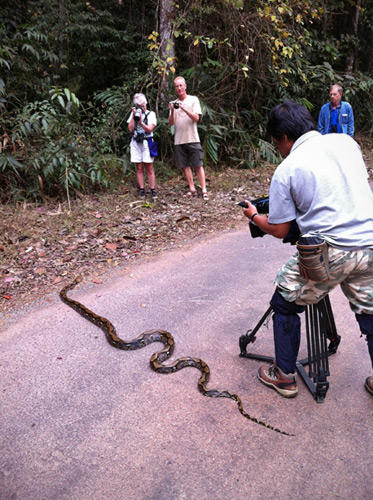 Daylight was quickly fleeting so we decided to start heading back down the mountain and out the south entrance back home toward Bangkok. The absolute highlight of the day was a juvenile Asian Elephant that was feeding on the side of the road just a few kilometers before the southern entrance of Khao Yai. I immediately pulled over around 150 yards from the Elephant – to give it plenty of space and to not agitate it. 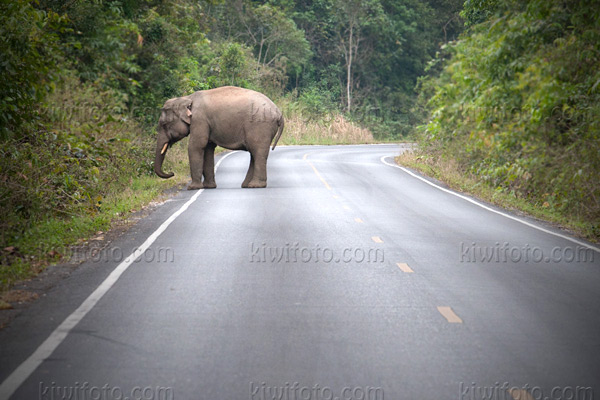 The distance was no problem since I pulled out my 500mm lens and set it up on the tripod. I was able to get stunning video footage and photographs of the Elephant before an oncoming car drove past scaring it into the forest.

We were even treated to a second adult Asian Elephant another 1km down the road. A local Thai pulled over behind us as I was photographing the Elephant and exclaimed at how lucky we were to see one. She had lived there her whole life and that was the first time she had seen one at Khao Yai! 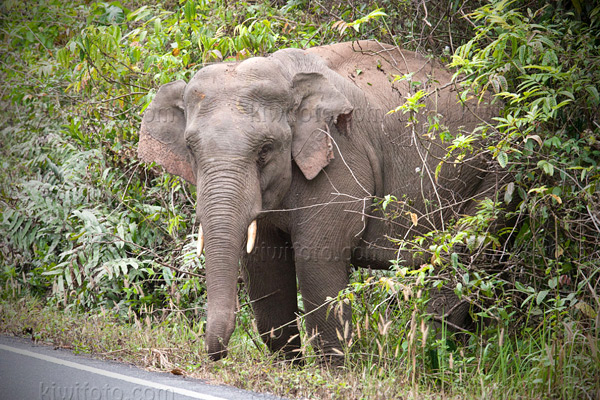 Posted by ctaylor on February 3, 2011 in Photography Adventures

← In search of the Spoon-billed Sandpiper…
The Bahamas →