Hollywood Hills Residents On the Lookout for Prowling Bobcat

Hollywood Hills dwellers have been cautioned to keep their eyes peeled for a bobcat who is “on the prowl in the neighborhood,” according to ABC7. 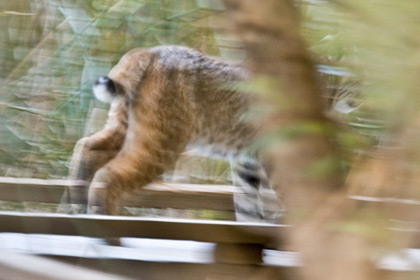 The wild cat has been spotted on at least three different occasions over the past month. Residents who have seen the animal say they are both stunned by its beauty and taken off guard.

The intent of the community is not to eradicate the bobcat, or bobcats, should there be more than one brave enough to come into the populated area. “Residents said they don’t want to call authorities or have the bobcat put down, they just want to get the word out to protect small house pets from being attacked.”