Thanks to the Ramsey Canyon parking lot not opening until 8AM I was able to sleep in a bit later than normal – having taken the last flight into Tucson from LAX I was a bit exhausted. It was a gorgeous day to be in SE Arizona, despite the warm temperatures and high humidity. Fortunately we didn’t encounter any heavy downpours that would cause us to unexpectedly modify the day’s agenda. 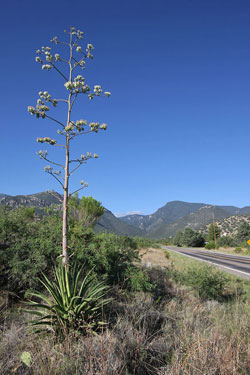 Despite us getting a relatively late start on the morning, the canyon was still quite active with Acorn Woodpeckers, Hutton’s Vireos and Sulphur-bellied Flycatchers all attending their respective nests. 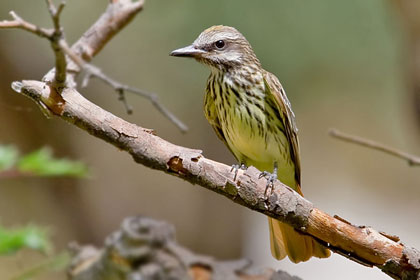 There were many young Hermit Thrushes along with Black-headed Grosbeaks and Hepatic Tanagers consuming the over abundant supply of Wilcox Barberries located throughout the Canyon. 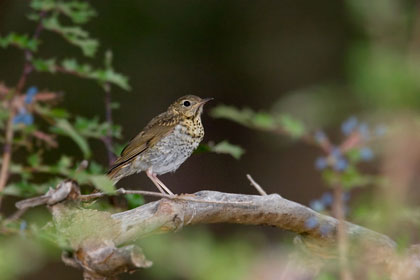 I managed to get a cute photo of an Acorn Woodpecker parent feeding a young fledgling in a nest hole. I even caught the inquisitive youngster trying to sneak a peek at what was going outside his humble abode. 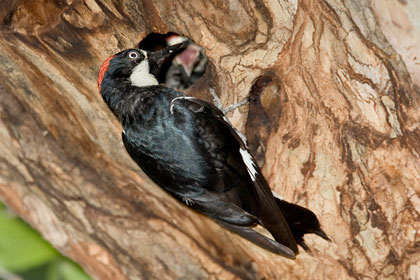 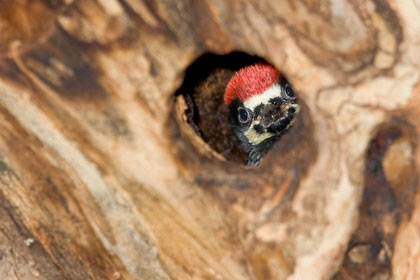 Assuming most knew the purpose of starting off in Ramsey Canyon that day…for those do not, it was all for a single bird – a Brown-backed Solitaire, native to Mexico. There has only been one other record in the U.S. – over 10 years prior and was not accepted as a “wild” bird. There is still a lot of discussion surrounding whether the current Solitaire in Ramsey Canyon arrived on it’s own free will or if it was “assisted”. The Brown-backed Solitaire is widely valued as a popular cage bird due to it’s incredibly beautiful song so there is much desire to illegally transport them to the U.S. from Mexico.

Have a listen to it’s amazing call.

Around 10:45AM the 40 or so of us in the Canyon were greeted with that exact call. It sounded as if the bird was just 30 or 40 feet off the trail but as much we tried we could not locate the bird. We patiently listened to the call every few minutes and hoped it would eventually show itself. And show itself it did. Just after 11:00AM it flew into one of the Wilcox Barberry bushes to feed on the berries. It sat there feeding for a couple minutes before flying up into the canyon. 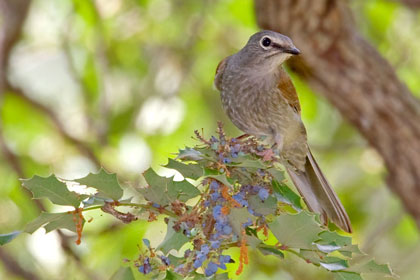 After we all had great looks at the Solitaire we decided to head over to the Beatty Guest Ranch located within Miller Canyon. This was where the Solitaire was originally found before moving into Ramsey Canyon just a few miles away. 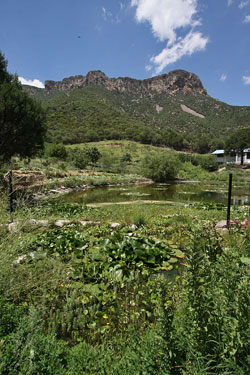 We were immediately greeted by Tom Beatty, Jr. who showed us a Sonoran Whipsnake that was feeding along the edge of their pond. 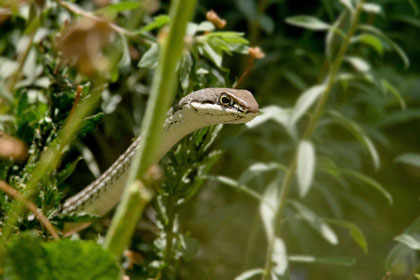 After enjoying a few minutes of observing the Whipsnake we hiked up to the hummingbird observation area where several Berylline and White-eared Hummingbirds have been treating guests to views just a few feet away! 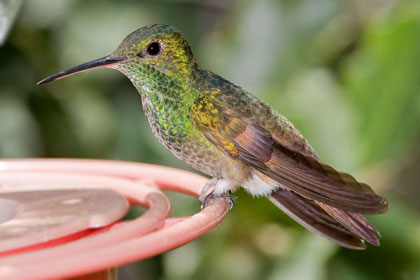 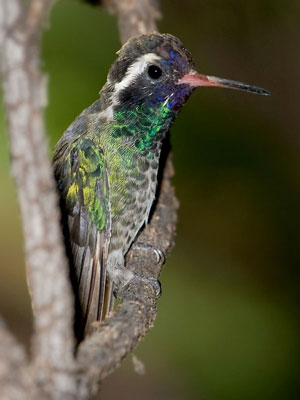 Although not as infrequent as the Berylline or White-eared Hummingbird, several Broad-tailed’s fed amongst the hundreds of other hummers. It’s always a treat to hear the buzzing sound the Broad-tailed Hummingbird’s wings make. 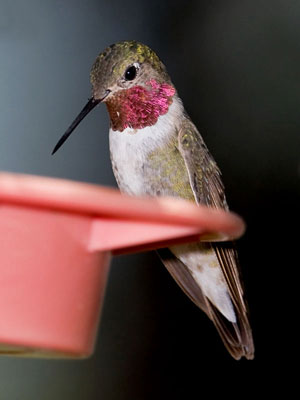 I even captured some video with my iPhone to show how close to all the hummingbirds we were. I was literally holding my phone just a foot away from the feeder!

It was now getting late in the day so had just enough time to stop off at the Ash Canyon B&B just down the road. Beautiful female and male Lucifer Hummingbirds had been coming to the feeders there regularly. 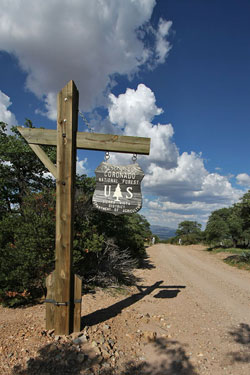 Since the Lucifer Hummingbird didn’t show itself immediately I took some photos of a Costa’s Hummingbird and a Pipevine Swallowtail happily feeding on the plentiful supply of nectar, natural and artificial. 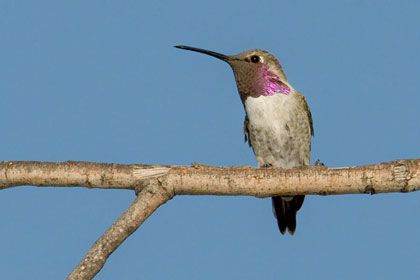 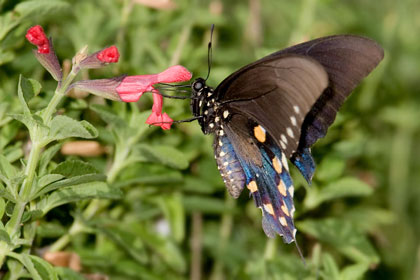 I didn’t have to wait long before the male Lucifer Hummingbird finally showed itself. Definitely one of my favorite Hummingbirds! 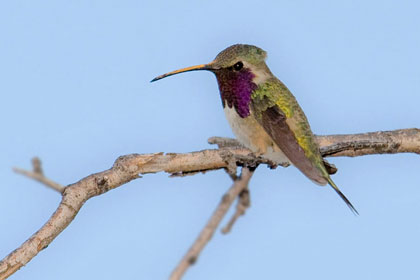